Why would I want to underexpose any image, especially when the camera histogram tells me "Don't do it?" Well, there are several reasons: the built-in reflective light meter might tend to overexpose the scene (example, dark subjects or scenes), I might want to make the colors "pop," the scene might look good, but a bit "blah," I might want to enhance colors at midday, or I might want to create an artistic rendition of what the naked eye sees. There are even times when I want a daytime scene to look like nighttime or late evening.

Let me share some examples and explain my thinking and the process taken to achieve the results.

When my center of interest (my main subject) is lit by the sun but the background is not, I like to either spot meter on the subject or use my +/- exposure compensation dial, depend-ing on the situation. For this scene, I underexposed it by a -1 1/3 for two reasons: to make the flowers pop, and to darken the background. The end result is a subject that easily stands out from everything else and it nicely converted the background to a backdrop. It takes a lot less effort than doing it with my editing/fine-tuning software. Besides, I like to challenge my photographic skills, not my photo editing skills. 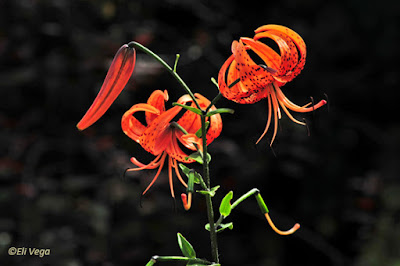 Underexposing this beautiful sea creature by 1-stop enhanced the colors, showed off its translucent characteristics, and darkened the unsightly background. 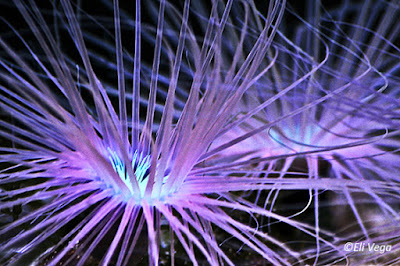 We have all heard the "warning heard around the world:" Don't shoot at midday, the colors are bland and washed out. For this scene, Blue Mesa Reservoir near Gunnison, Colorado, I underexposed the reservoir and mountains by a -1 stop. It made the colors pop at midday, 12:15 pm. 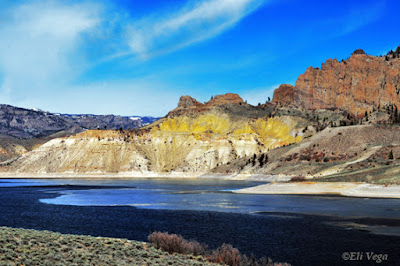 I found these beautiful lilypads also at midday, 11:20 am. And, yes, they did look washed out and bland, until I decided to photograph them at a -2 1/3 underexposure! As I have said many times, I do not listen to my histogram. This is why. The light gray shapes you see
in the water are cloud reflections. 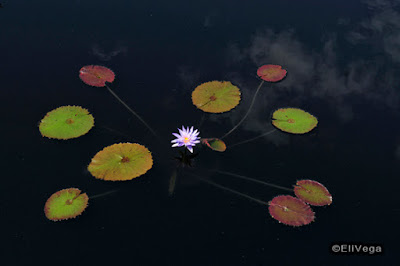 In order make the wooden horse sculpture stand out from the background, I extremely underexposed this scene by -2 stops. In the final image, the background looks much darker than it did to my naked eye. I knew that would happen; that's why I like to underexpose a lot of my images, especially those shot between sunrise and sunset. 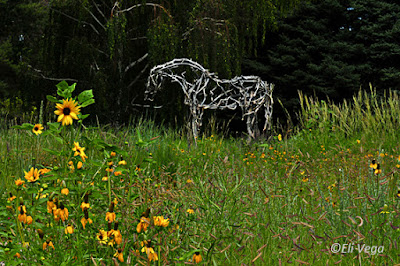 This next example is one of several where I make a daytime scenario look like it was photographed in late evening or nighttime. I shot this at a -2 1/3, at 6:30 pm to really darken an already late evening. I used a lens aperture of f/32, not because I needed that much depth of field, but to get that nice sun burst.

Please remember what I always say: Never ask yourself what f/stop, shutter speed, lens, composition, or exposure you should use. Ask instead, "What do I want this to look like? What message am I getting? What feelings am I getting? And how can I translate that into a photograph?" 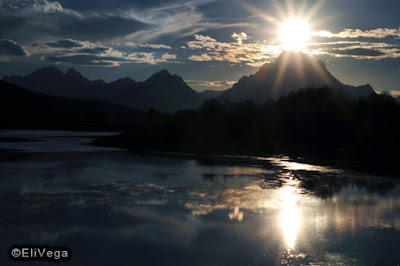 For this last example I will use a Before and After. This Before is an estimation of what this scene looked like to me as I stood there. 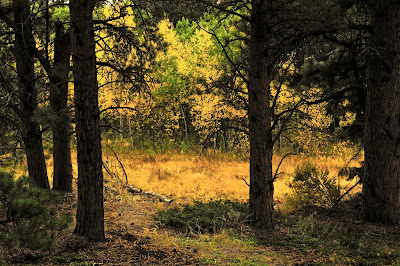 Rather than get lost in terms like "dynamic range," "film latitude" and the rods and cones in our eyes, let me break it down to the basics. There are two key details for my tip this month.

1) We need to understand what the eyes are capable of seeing/recording when we look at scenes with a wide range of dark and bright objects, like the scene above. Our eyes can take the darkest part of a scene and lighten it for us. They can also take the brightest part of a scene and darken it for us. What we end up really seeing is a scene that doesn't seem to have that much contrast. Herein lies the challenge for us as photographers: When we see a scene with our eyes that doesn't look that interesting, we keep walking, looking for something to "hit us between the eyes." We end up saying, "Ah, it's ok, but nothing worth stopping for....."
2) Our cameras, especially the capabilities of film and digital sensors, are not as good as our eyes in recording both very dark areas and very bright areas in the same scene at the same time. But, instead of always looking for technical solutions to that problem, I often take advantage of that negative in our camera technology and turn it into a positive.

That said, I took the same scene you see above, which didn't look all that spectacular, and underexposed it by a -1 2/3. I call it "Out of the Shadows." 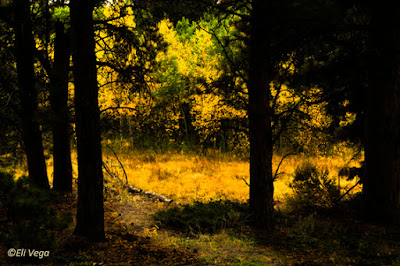 Now, go out there and find those "so-so," "blah," or unimpressive scenes with your eyes and convert them to something awesome with your camera! Use that exposure compensation dial, or, as I call it, that +/- dial. It's magic!

I offer private 1-on-1 and small group lessons on this topic. Contact me if interested. You can also call me if you live in northwest Arkansas or Colorado: 720-251-1775.

Posted by Eli Vega Photo Artist™ at 3:33 PM No comments: